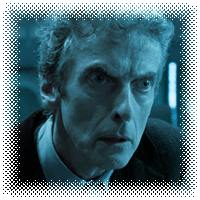 Spoilers always abound as we discuss the Doctor Who 50th Anniversary celebration and all the things at surrounded it. Eric reveals himself to be incredibly racist and sexist as we discuss the casting of Wonder Woman for what appears to be less of a MAN OF STEEL sequel and more of a desperate wheeze of a grab at AVENGERS glory. We talk about the things we’re looking forward to in 2014 and announce a contest! Win free (digital) comics!

Music by Skrillex, LL Cool J, and The Dead Milkmen